Have you recently shifted from the Windows to Mac and you right away started missing Notepad++, keep reading for a solution. As Notepad++ never developed a dedicated application for Mac, the programmers and developers have to look for other options. We are going to help you find out the best Notepad++ alternatives for Mac.

With the easiest to use and the versatile feature to support multiple programming languages, this blog enlists the best Notepad++ alternatives for Mac. Take a look at the list and find the best one for you to help in editing the source code text on Mac.

Notepad++ is a very famous utility within the developers and coders. It is a text and source code editor which is made to be used on Microsoft Windows. It is a freeware which can help you with various tasks such as opening multiple files on a single window.

Is there a Notepad++ for Mac?

Notepad++ is unfortunately not available for Mac. It is a software which is Microsoft Windows only product. You can, however, find other tools which are similar to Notepad++ to be used on Mac.

As we said above, Notepad++ is a Windows only software and does not have a Mac version for the same. But if you wish, you can run Notepad++ on a virtual machine with Windows on your Mac. However, that is a very inconvenient way to edit text and therefore it is better to get one of the Notepad++ alternative applications for Mac from the list below. 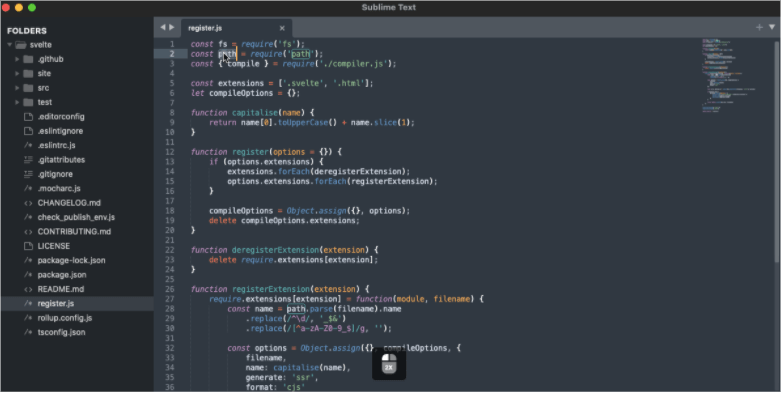 Sublime Text is one of the best Notepad++ alternative for Mac if you love sophistication in your code. The editor supports multiple markups and programming languages. It can be downloaded for free but needs license purchase after trial.

Check out the effortless navigation between panes and codes and more features which will make it any Mac programmer’s favourite. 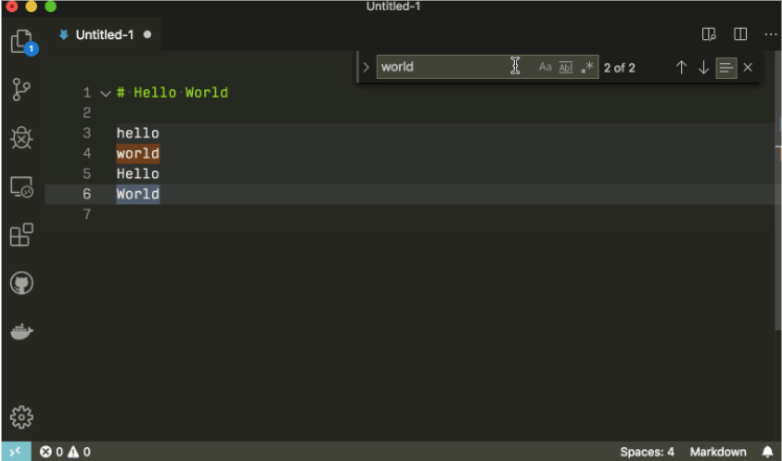 This can be said to be a true Notepad++ alternative for Mac, considering the product from Microsoft. It supports multiple languages, code focused editing and fast source code editing.

The extensions list for VSCode is extremely big, hence makes this free Notepad++ Alternatives for Mac so popular. It also provides you complete guides on its official website where you can find all about features and usage. 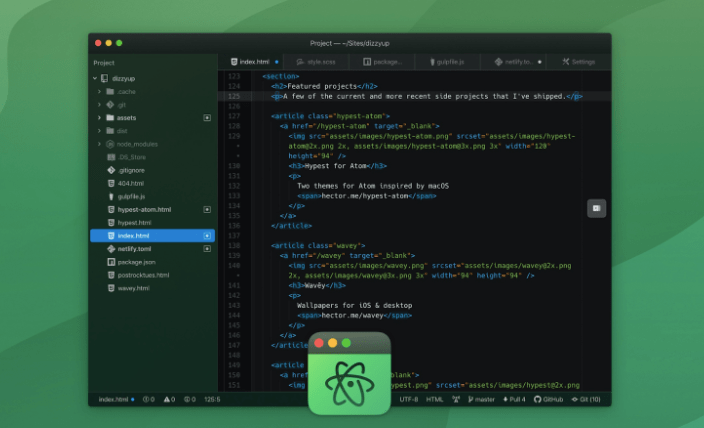 Atom is completely free to use and that makes it another of the free Notepad++ alternative for Mac.This Notepad for Mac is highly customizable with different themes, tweak UI and add major features for your language.

It can install many open source packages for new features and functionality. 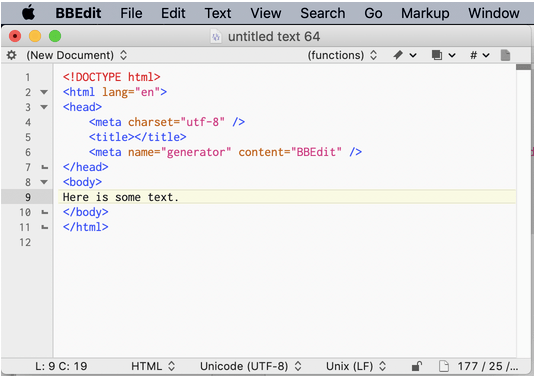 Another Notepad++ alternative for Mac would be BBEdit. It is one of the oldest editors known to programmers and provides the best user interface. It is the most preferred text editor for web developers. Although it is free to use for a trial, a licensed version has more features. 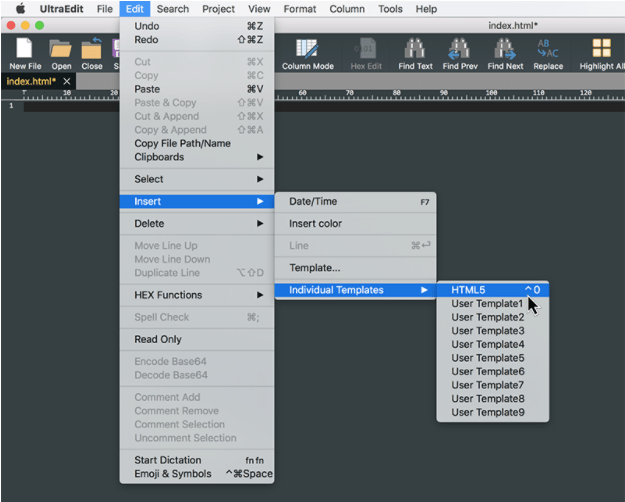 One of the best Notepad++ alternative for Mac is UltraEdit, for its support of different languages. It also provides a ton of features, code highlighting, folding, theming, spell check etc.

This editor can be downloaded for free to trial and allows you to insert individual templates which makes it user friendly. 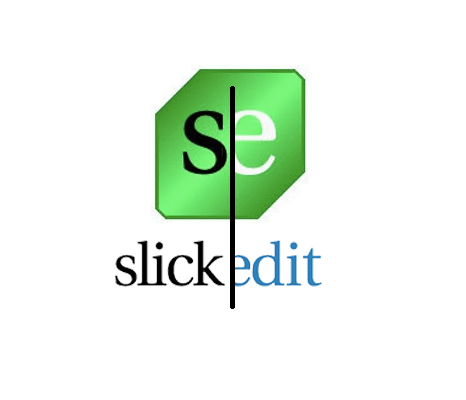 SlickEdit is a powerful editor for Notepad++ alternative for Mac.This editor provides a feature rich workbench for graphical project tools and advanced code editing. It can also auto save to Backup History to ensure safety of the hard work to the developers. SlickEdit is available with a free trial. 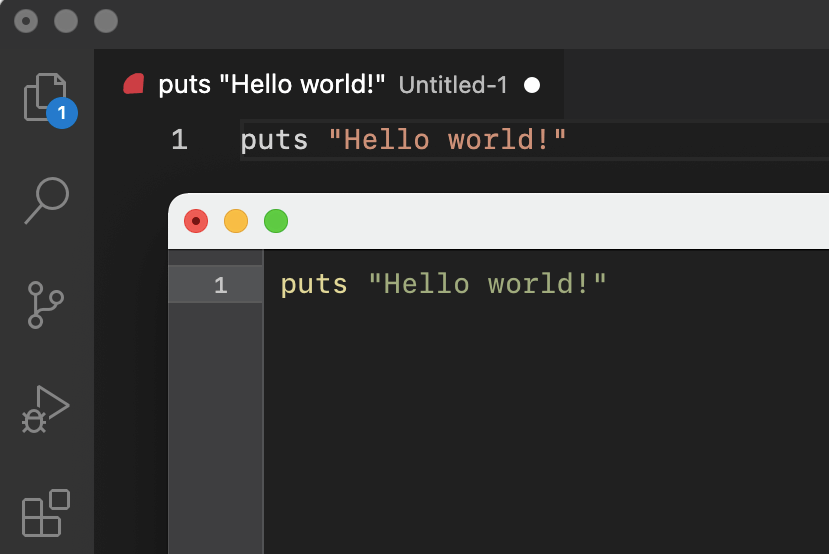 TextMate is a very simple and free to use Notepad++ alternative for Mac. This tool supports many programming languages and writing prose in structured formats. It offers a huge number of helpful features and convenience of selectors to code efficiently. 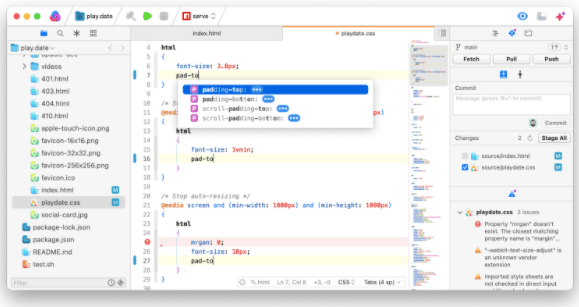 Nova is a relatively new text editor compared to others but it is a good best Notepad++ alternative for use on Mac. The Editor comes with all features including autocompleter, multiple cursors, minimap, overscroll, tag pairs etc. Nova also supports multiple programming languages. 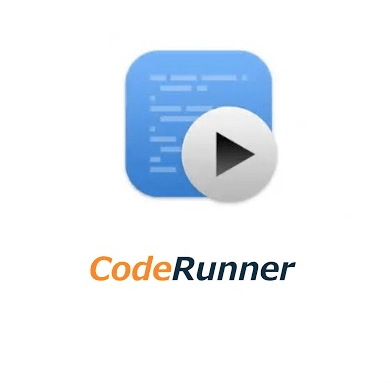 Next, on the list of the best Notepad for Mac is not short of any features. This Notepad++ alternative for Mac CodeRunner is an advanced, highly flexible and easy to use editor. CodeRunner supports a huge number of programming languages, provides many features and is extremely customizable.

Komodo is another best Notepad++ alternative for Mac with its complete package as an IDE. It provides an extensive list of features and support for most programming languages. Along with IDE, Notepad for Mac provides an ActiveState platform to create and manage projects’ complete solutions. The entire feature and user interface is designed keeping developer freedom of mind. 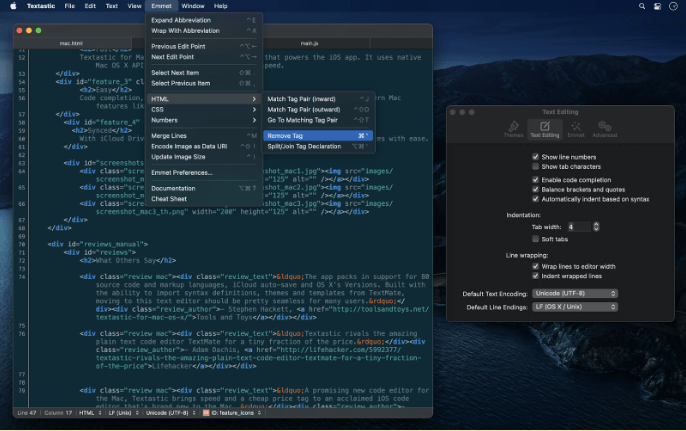 When looking for a versatile Notepad for Mac, take a look at Textastic. It is a fast and simple application which can help you text, code or use a markup editor. Use it on other Apple devices as it can be synced with the iCloud easily.

No, you cannot run Notepad++ on macOS as there is no such tool available for this operating system. Therefore, you can pick one of the Notepad++ Alternatives for Mac from this list.

Q2. What is the Mac equivalent of Notepad++?

There are many tools available to help you function on the codes while working on Mac. But, if you are looking forward to working with the best Notepad++ alternatives checkout Sublime Text or Visual Studio Code.

Q3. What can I use instead of Notepad++?

You can use any of the applications from the list as a Notepad++ alternative for Mac. They are equally user friendly and provide you with more features overall.

Q4. Is Notepad++ better than Notepad?

Notepad comes with Windows as a simple text editor whereas Notepad++ is a text and source code editor. The latter is designed for the main use by developers and programmers to write the codes.

Notepad++ is certainly the most sought after text and source code editor for being free, but it is limited to the Windows PC. For Mac users, Sublime Text is the best with its features like context-aware auto complete and Splitting windows to Side-by-Side Mode for Definitions..

Conclusion On Notepad++ Alternatives for Mac

Since Notepad++ is not available for Mac, one has to use the best possible alternative to Notepad++ for Mac. But you do not have to worry as there are plenty of good options available.

As discussed in this blog, we devised the list of the free and paid tools which can be easily used as the Notepad++ alternative and used for the same purpose.