If you are a developer or a tech enthusiast, you might be interested in this topic. When you own a Mac but wish to run a program or feature on Windows PC, it is not always possible to maintain another device. Windows Emulators for Mac are the only help for you to take the experience of Windows on your Macintosh.

Here we are going to talk about what is a PC emulator for Mac and which ones are worth trying out.

What are Windows Emulators For Mac

Emulators are the program which helps a device behave in another operating system. As most of the devices do not possess the feature to get more than one operating system installed on it, this becomes difficult for some users.

Those who are constantly needed to work on multiple operating systems can get help from the emulators. Therefore, here we have listed the best of the Windows emulators for Mac users. 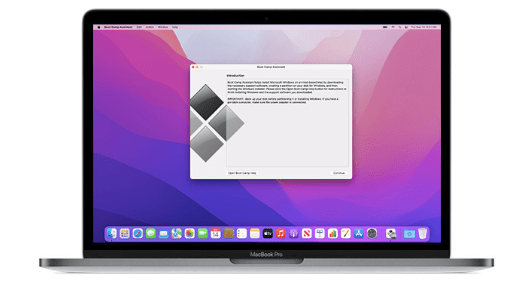 For all Mac devices with Intel processor chip,  Boot Camp comes built-in as a utility which lets you switch between macOS and Windows. Go through Apple’s support page to install Windows OS on Mac step by step from Boot Camp Assistant with ease. After installation it presents you with the option to boot into Windows or macOS at the start of the system.

Although Boot Camp is not compatible with new M1 Chip Mac systems, all previous version systems work just fine. But since it is an inbuilt utility by Apple, you can trust it for your Windows virtual experience. 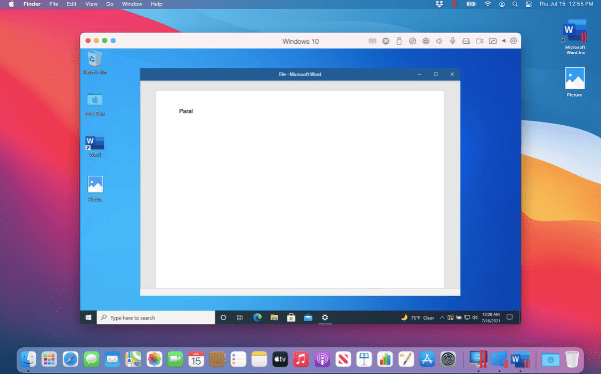 Parallels Desktop is our top choice for Windows Emulators for Mac. Unlike Boot Camp this application doesn’t require rebooting to run Windows, instead it emulates Windows on macOS and runs thousands of Windows applications seamlessly, easily and much faster compared to others.

With this you can move files, documents and folders between local macOS and Windows easily for excellent user experience. 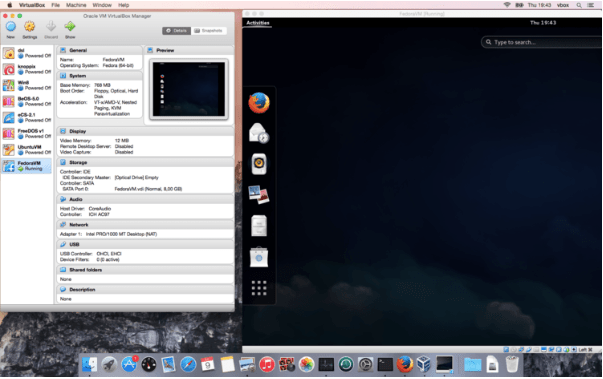 VirtualBox is a cross platform virtualization application option for free Windows Emulator for Mac. With this application you can create a virtual Machine on Mac and install any version of Windows on it.

It lets you install and run all Windows applications on Windows emulator without rebooting on the Mac. The graphical user interface of this Mac Windows emulator is very easy to use and simple. 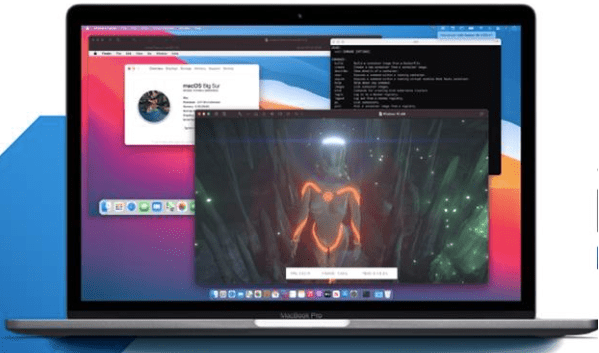 VMWare Fusion is another virtualization application on the list of Windows Emulator for Mac which supports cross platform. This application also lets you create virtual machines to install various OS on Mac devices, and then install & run various Windows apps on the Windows emulator.

With its easy and intuitive user interface, high performance of emulator and multiple modes to run Windows and its apps on Mac, makes it an excellent choice. 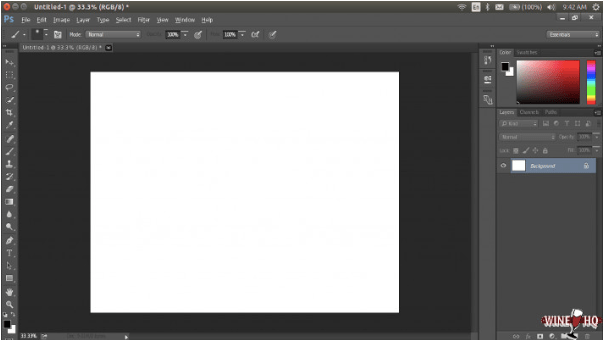 Unlike others in the list of Windows Emulators for Mac, Wine is not an virtualization application like its acronym “Wine Is Not an Emulator stands for. Instead of creating a virtual Machine, Wine creates a compatible layer which is capable of running Windows apps on several POSIX compliant macOS.

It lets you run Windows apps on the fly without a Windows emulator by translating Windows API calls into POSIX calls eliminating performance and memory penalties for a clean integration. 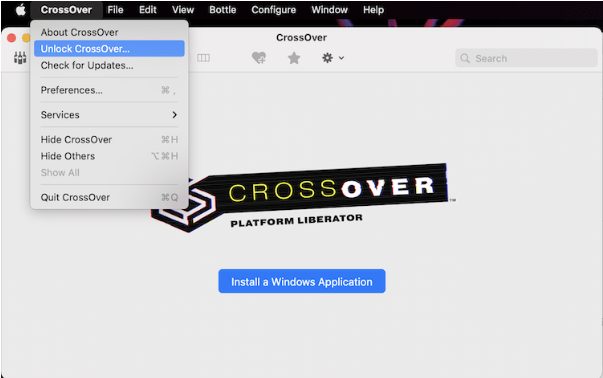 CrossOver is another polished version of Wine which is also not an virtualization application. Basically CrossOver makes it extremely easy to use Wine and supports a wide range of latest Windows applications.

It lets you install & run Windows apps without Windows emulator, by translating Windows commands into Mac commands so that Windows apps run easily like an native Mac apps. CrossOver supports all kinds of Windows software which run alongside Mac apps without the requirement of reboot. 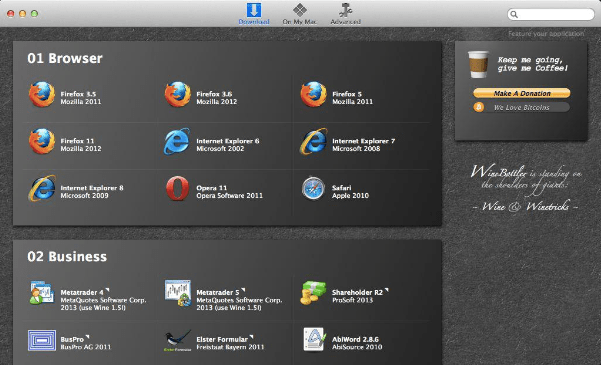 WineBottler is also another improved version of Wine, but it’s absolutely free to use. This application packages Windows apps snugly into Mac app-bundles using open source Wine based translation tool. It offers automated installations to select from a wide range of Windows software directly on the Mac system desktop.

With this app, there is no need to install emulators, create virtualization apps or boot into other OS, it runs Windows based apps directly on the Mac system. 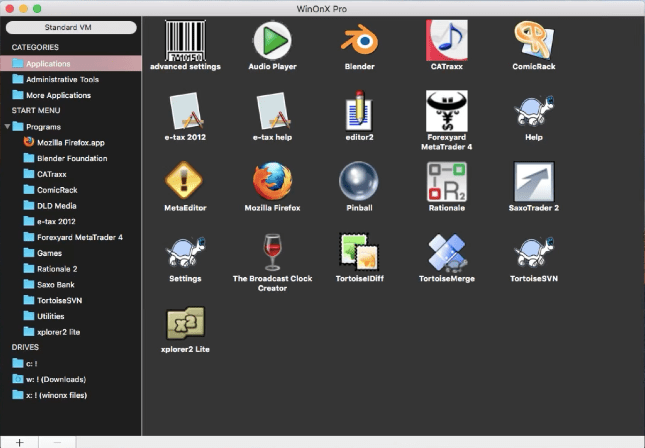 WinOnX 64 is a highly polished version of WINE which lets you run Windows applications on Mac without installing Windows OS virtually. It is most useful when your favourite Windows app is not available for Mac and can run the app on Mac through this. 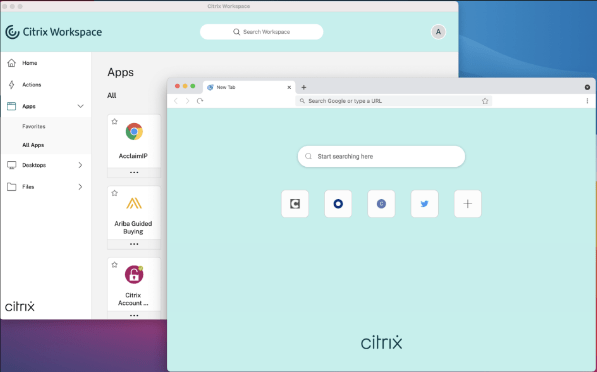 Previously known as Citrix XenApp has now been updated to Citrix Virtual App and Desktop for Mac, which provides cloud based services for Mac. Instead of installing Windows emulators or virtual machines you can run any apps from cloud services on your Mac for a secure and better experience.

Q1. Are there Windows emulators for Mac?

Yes, you can find a few Windows emulators for Mac which are really good at the job. We have mentioned them in the blog for your help. Parallels Desktop and VirtualBox are the top contenders after the built-in BootCamp in this list.

Q2. Is there a free Windows emulator for Mac?

Yes, there are free Windows emulators available for Mac. Best of them can be purchased but if you are looking for freeware consider VirtualBox, Wine and WineBottler.

Q3. Can you run an emulator on a Mac?

Yes, you can run an emulator on Mac as long as it is compatible with the operating system. There are several emulators for Android and Windows and you can take help from those to run them on your Mac.

If you wish to run Windows on your Mac, get one of the best Windows emulators for Mac. They will help you in the smooth operation of Windows applications while running tests and developments.

A virtual PC can be defined as the virtual machine running on a Mac which has a different operating system but does not require any other hardware. You can find the  Mac Windows emulator for such tasks.

Conclusion On Windows Emulators for Mac

With this blog you will be able to decide which Mac Windows emulator to go for. There is a good range of products which can be used as the best Windows emulators for Mac. You can pick BootCamp as your preferred choice if you do not wish to download a third party product.

But if you are using the new Macs with the M1 chip then you need to look for other options as the BootCamp is not available for them.