It is frustrating to constantly encounter a Mac running slow everytime you want to run something important. It could be due to various reasons, most often it is related to CPU utilisation. So it is important to constantly keep track of your CPU usage and find what is taking up more CPU resources.

Read on to find out how to check and reduce CPU usage on your Mac effectively and safely.

What is a CPU?

CPU is the most important part of a computer often simply referred to as the processor, which basically acts like a brain to run the operating system and applications.

The number of activities running determines the CPU usage on the System, 100% CPU usage means the system is frozen or hanging. So it is important to always keep CPU usage as low as possible to utilise its performance effectively.

You can monitor CPU usage, memory consumption, disk utilisation and Network activities in real-time. In case of high CPU usage you can identify and force quit the apps that are consuming the highest CPU resource.

1. Launch Activity Monitor on your Mac from Spotlight Search or from Launchpad.

2. Select CPU tab on top, it will display all the processes running currently and how much CPU is being utilised.

3. Click on ‘%CPU’ sort option on the top to view the process consuming the most CPU in descending order. 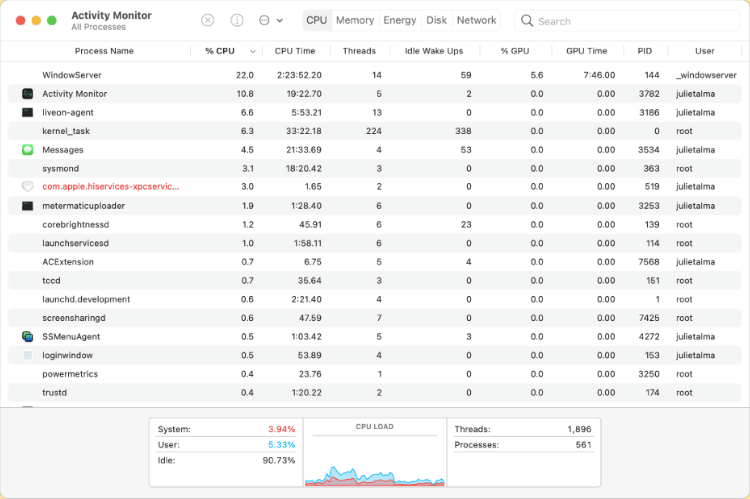 4. You can also view CPU usage from Dock also, Right-Click on the Activity Monitor icon on the Dock and Select ‘Dock Icon’ option, later Click on ‘Show CPU usage’ from the list. 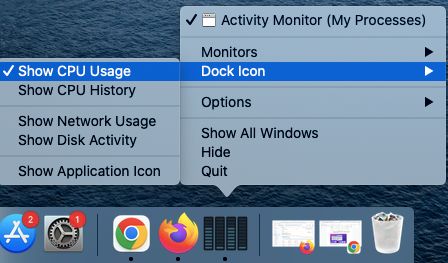 You can also check CPU usage on your Mac using Terminal, although you are only able to check the status of the CPU consumption, not which processes are using how much CPU resource.

1. Launch Terminal on your Mac from Spotlight or from Launchpad.

3. It will display the CPU usage in the percentages, not the complete list of processes consuming how much.

3. How to Check CPU Load with CleanMyMac Menu

When you feel your Mac is performing slow or overheats due to significant high CPU usage then you can check for CPU load which is displayed in percentage of CPU resource being used.

When the CPU load is 100% it means the CPU usage is maximum resulting in the Mac slowing down or freezing. You can check the CPU load and temperature of your Mac’s processor using CleanMyMac Menu in realtime.

2. Open CleanMyMac X Menu from the menu bar by Clicking on the CleanMyMac icon on the top right corner. 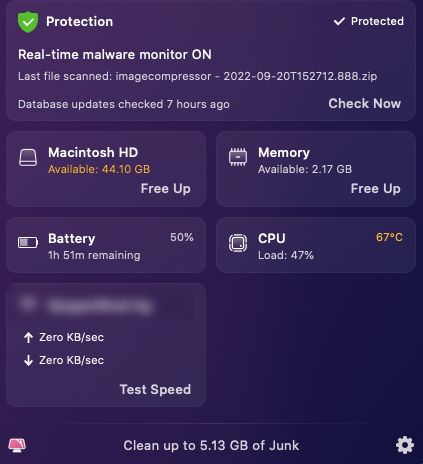 3. You can view all the real-time status of all the Mac vitals and can Click on Monitor option for detailed information and options for further actions.

How To Lower CPU Usage on Mac (3 Ways)

While CPU usage is high on your Mac it leads to underperformance and system hanging constantly, thus it is important to lower the CPU usage on your Mac.

Identify all the unimportant or irrelevant processes which are not doing anything productive on your Mac and force quit them to stop them consuming CPU resources.

Often we don’t realise how many apps and windows are running in the background that we forgot to close and they are still consuming the CPU resources.

On Activity Monitor you might come across the process called WindowServer, which usually takes up a large part of CPU resources.

A simple restart often solves many issues related to Mac, and it holds true for 100% CPU usage also. When your Mac tends to hang or freeze due to high CPU usage, consider a restart option.

CPU usage can be a major factor in reducing the processing speed on your Mac. Therefore, it is important to keep an eye on the CPU usage when you are in such a situation where you can not figure out the reasons behind a sudden shift in Mac speed.