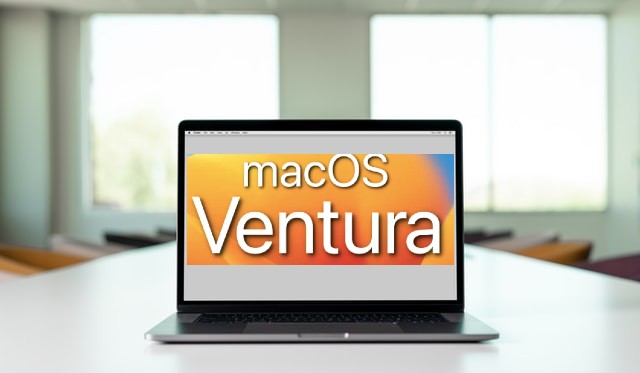 Why Is My Mac Slow After the Ventura Update

At same time the beta version does come with certain bugs and errors which would impact performance of your Mac.

Below are a few reasons why Mac is slow after macOS Ventura update.

To make macOS Ventura run faster, you are required to make certain changes. Following are easy optimization steps to speed up macOS Ventura as listed below –

Most often Resource hungry processes hog most of the system resources and make your Mac slow down drastically. Hence it is important to look for these Resource demanding processes and disable them to improve your Mac speed. Identify all the processes which are hogging higher CPU and stop them one by one. By freeing up a considerable amount of the system resources, your Mac performance is going to improve significantly.

Another reason for your Mac to slow down is due to lack of Disk space. To install the latest macOS and over a period of time all the pile up of files and documents reduces disk storage space significantly which impacts Mac performance. To speed up your Mac it is very important to clean up all the junk and remove unwanted files.

Follow below steps to clean SSD or HDD of your Mac : Performing declutter action on your Mac will free up significant storage space which will then improve its performance.

While booting up your Mac some applications launch automatically, some apps are expected and some are unwanted. These unwanted apps on login items tend to slow down your Mac significantly. So to improve your Mac performance it is required to remove these unwanted login items from startup. By removing these unwanted login items from launching would improve your Mac performance and will support enough resources for other applications.

It so happens unknowingly we keep lots of tabs open in the browser. Each time we open a new tab on the browser it takes up a significant system resource, thus slowing down your Mac. These tabs keep holding on to the system resource until we manually close them.

Hence we recommend promptly closing all the unwanted browser tabs that you have kept open on your browser. Especially on Safari and Google Chrome browser to relieve the hogged system resources to speed up your Mac considerably.

The latest macOS Ventura comes with very intuitive animations and visual effects. Although it doesn’t make any major difference to recent Mac devices, the older Mac device would tend to slow down as these effects take up considerable system resources.

Thus if your Mac is among the older devices and the latest Ventura update has slowed it down then reducing these visual effects would increase the performance significantly. Reducing transparency and turning of animation will reduce demand on system resources and speed up your Mac performance.

Spotlight is a built-in search tool in macOS and it tends to index your new files. So why is your Mac slow due to Spotlight indexing ? Well Spotlight tends to rebuild the index when you for the first time into your Mac after a macOS update or import large amounts of data from other storage.

The latest macOS Ventura version is on public beta version and not the stable public release which will happen later this year. Most beta testers who updated their Mac to the latest beta Ventura version are expected to come across lots of bugs or errors, so they can report back the same to Apple to fix them eventually to release the stable version later.

Hence we would suggest to only upgrade to beta version of Ventura if you want to beta test the same or else wait till the official version is released soon or if your Mac is really slow and laggy unable to fix it with various above steps then it is advised to downgrade your Mac to previous stable macOS version.

Q1. Why is my Mac so slow on Ventura?

The latest macOS version Ventura is on beta version as of now and comes with its fair share of bugs and errors to be reported and fixed. And also its intensive visual effects and features slows down most older Mac devices. Follow above mentioned easy steps to improve your Mac’s performance.

Q2. Will macOS Ventura speed up my computer?

The latest macOS Ventura is found to be a little slow on older Macs but seems to make no difference to the latest devices. Due to its intensive animations and effects along with extensive features does end up a lot resource hungry.

There are many reasons for your Mac to be slow, particularly due to resource demanding apps, low disk space, many login items on startup and many more. Read above mentioned reasons and follow the various steps to improve your Mac performance.

You can speed up macOS Ventura using various optimization methods as mentioned above easily.

Conclusion On Ways to Speed Up macOS Ventura

Now, you know how to speed up macOS Ventura and what are the possible causes behind this issue. Although it is very appealing to update to the latest macOS Ventura which is on public beta version as of now and the final version will be released later this year, the beta version does come with lots of bugs and errors to be dealt with.

Simply, follow the above given steps to keep your Mac running at optimum performance after updating to macOS Ventura in case you feel it’s been slow. Or we also recommend to only upgrade your macOS to Ventura when the stable version is released to the public later this year. Was this blog helpful for you to find out how to make macOS Ventura run faster, let us know in the comments.

BestMacAdvisor - Your number one source for all Mac Apps, Troubleshooting guides and softwares.